Warsaw Data. Everything that counts in the capital 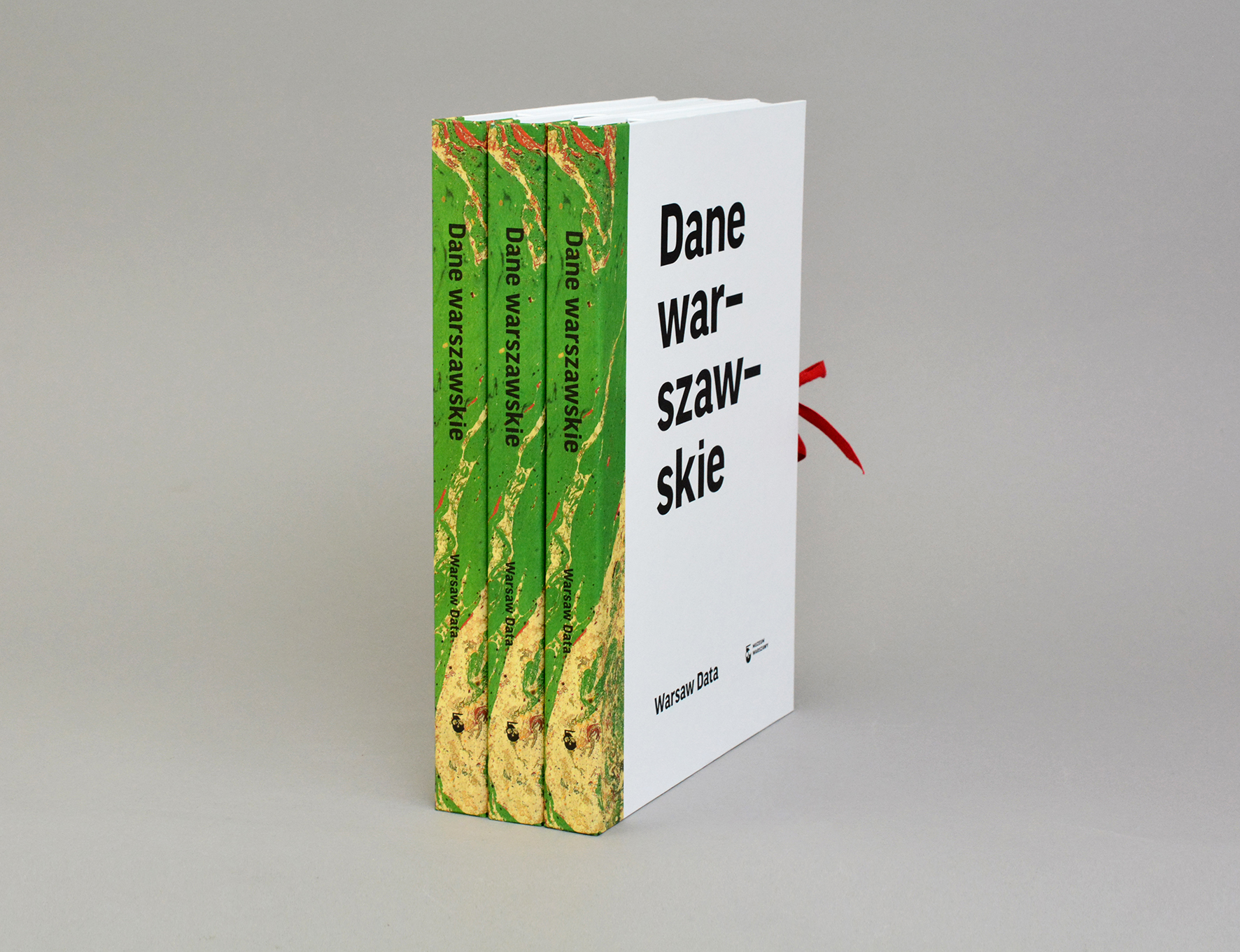 What does Warsaw owe its development to? Who are and who were its inhabitants? How did they live in the past and how do they live now? Where is the city centre and where are its borders? And most importantly, can all these questions be answered with the abstract language of mathematics? Warsaw Data is a new publication of the Museum of Warsaw. It tells the story of the capital using charts, maps and other types of graphic representations. The sale has just begun.

Warsaw Data is a part of the core exhibition of the Museum of Warsaw of the same title, that was transformed into a paper version. Both the exhibition and the publication ignore the classical historical narration, which usually focuses on important characters, political events, and wars. Instead, they present infographics (diagrams, maps and other visual representation of data), which illustrate the rapid changes in the urban space of Warsaw. The publication consists of twelve thematic boards, designed in a transparent and original way and put together in an elegant folder.

“Warsaw Data shares the non-narrative, analogue character of the main exhibition, while creating an opportunity to look at the city from a different perspective. Thanks to a thoughtful choice of form, colours and typography, we created a clear, legible visual language, which helps us to present the data in an engaging and intuitive way. It brings our attention to the relationships between information that may otherwise be hard to observe and it helps to analyse the data,” says Anna Światłowska, the author of the graphic design.

We chose data which are easily comparable and let us present long-term phenomena and processes. Each chapter (“The Fate of the City”, “Warsaw ‘First Times’”, “The Symbol of Warsaw”, “Warsaw within State Borders”, “Spatial Changes”, “The Centre of Warsaw”, “City of Skyscrapers”, “The Boundaries of Warsaw”, “The Inhabitants of the City”, “Living in Warsaw”, “Piłsudskiego Square – Architecture and Power”, and “The Political Arena”) lets us observe the economic and social changes that took place in the city. They concern the political affiliation of Warsaw, its spatial and demographic development, architectural metamorphoses and civilizational transformations. The material was selected in such a way that it gives basic information to people who encounter Warsaw for the first time, and also that it can provoke a deeper reflection in people who already know the city.

Warsaw Data confront stereotypes and common opinions about Warsaw, its inhabitants and urban space. The publication indicates precisely the events and phenomena which contributed to forming the present shape and nature of the city.

The publication accompanies the “Warsaw Data” exhibition, which is a part of the core exhibition of the Museum of Warsaw, “The Things of Warsaw”

You can buy Warsaw Data in our bookstore at the Old Market Place, in the branches of the Museum of Warsaw or online.