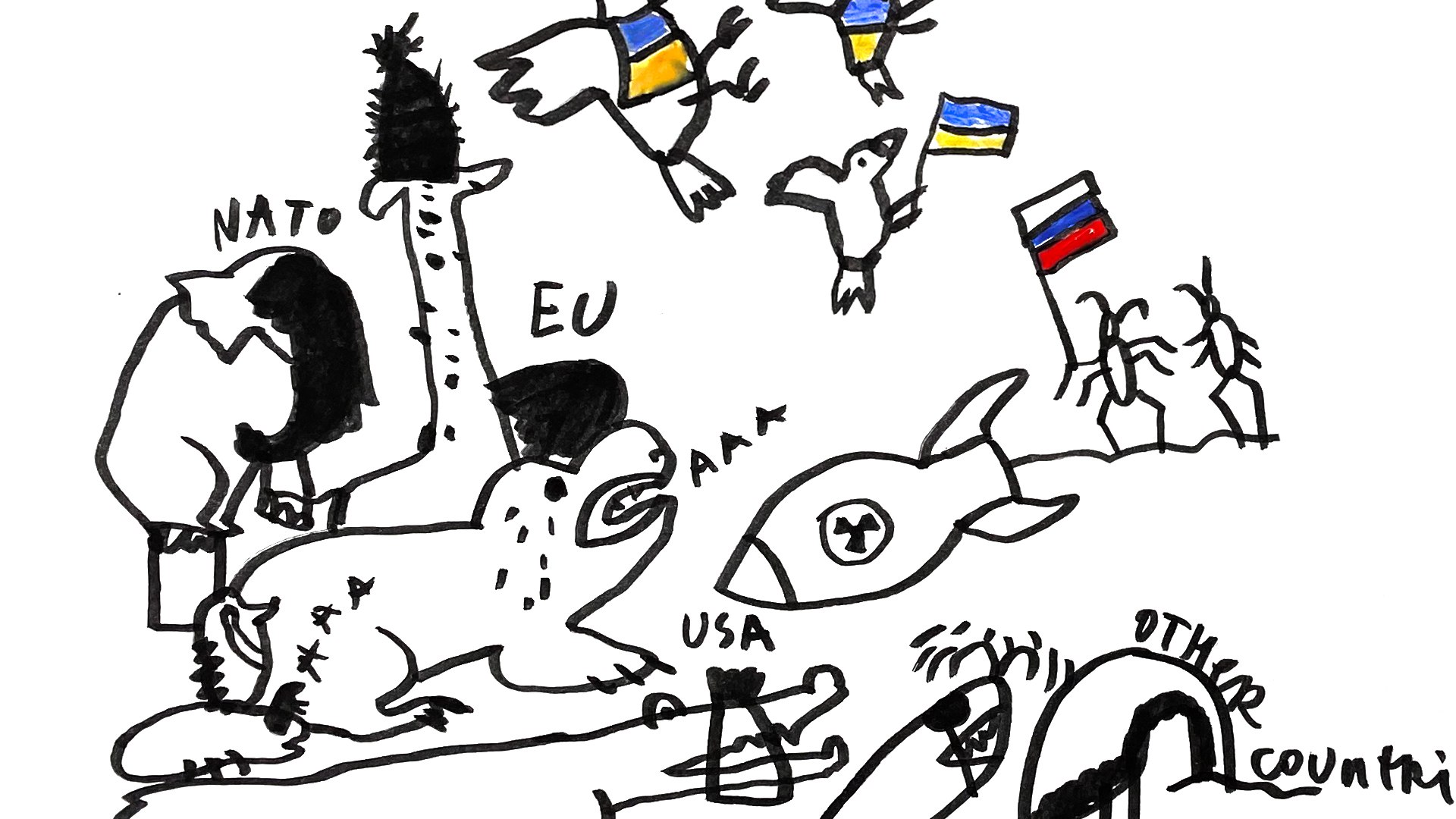 Dedicated to the history of a city once ravaged by war, the Museum of Warsaw cannot remain indifferent in the face of the Russian invasion of Ukraine.

From 30 March, an exposition of drawings by Alvetina Kakhidze will be open to viewing in the space adjacent to the Rynek 30 Gallery.

Since the outbreak of the war, the artist has been keeping a pictorial diary which serves as an engaged, poignant and at times fierce commentary on the dramatic events. Kakhidze has not left her home—her husband, garden, beloved dogs or her studio in Muzychi, 26 km from Kyiv.

Each day, she publishes at least one drawing in the social media illustrating Ukraine’s wartime reality. This diary made of drawings is her way of communicating with friends, acquaintances and those who follow her art. Her simple, intentionally naïve drawings are accompanied by a commentary. One should not, however, be misled by the artist’s style reminiscent of a child’s drawing—the overtones are just as radical as during the Maidan Uprising in which Kakhidze was also involved.

The drawings are presented in a form that the artist has chosen herself—they are displayed on smartphone and computer screens, integrated into global communication. At the artist’s request, the Museum of Warsaw dutifully follows this formula.

During the first week of the exposition, a collection will be held for the benefit of Ukrainian women artists.

One of the most important contemporary Ukrainian artists, an illustrator and performer, Alvetina was born in 1973 in Zhdanovce (Donetsk Oblast). She lives and works in the village of Muzychi, 26 kilometres away from Kyiv. From 2009 until Russia’s attack on Ukraine, she ran a private artistic residence which she named The Muzychi Expanded History Project, and hosted thirty artists from all across the globe within its framework. Alvetina Kakhidze graduated from the National Academy of Fine Arts and Architecture in Kyiv and from Jan van Eyck Academy in Maastricht. Her art was widely exhibited in both individual and group exhibitions. She is one of the protagonists of the book titled (publ. by Katarzyna Kozyra Foundation, 2020).

All the drawings on display have been made available courtesy of the artist.