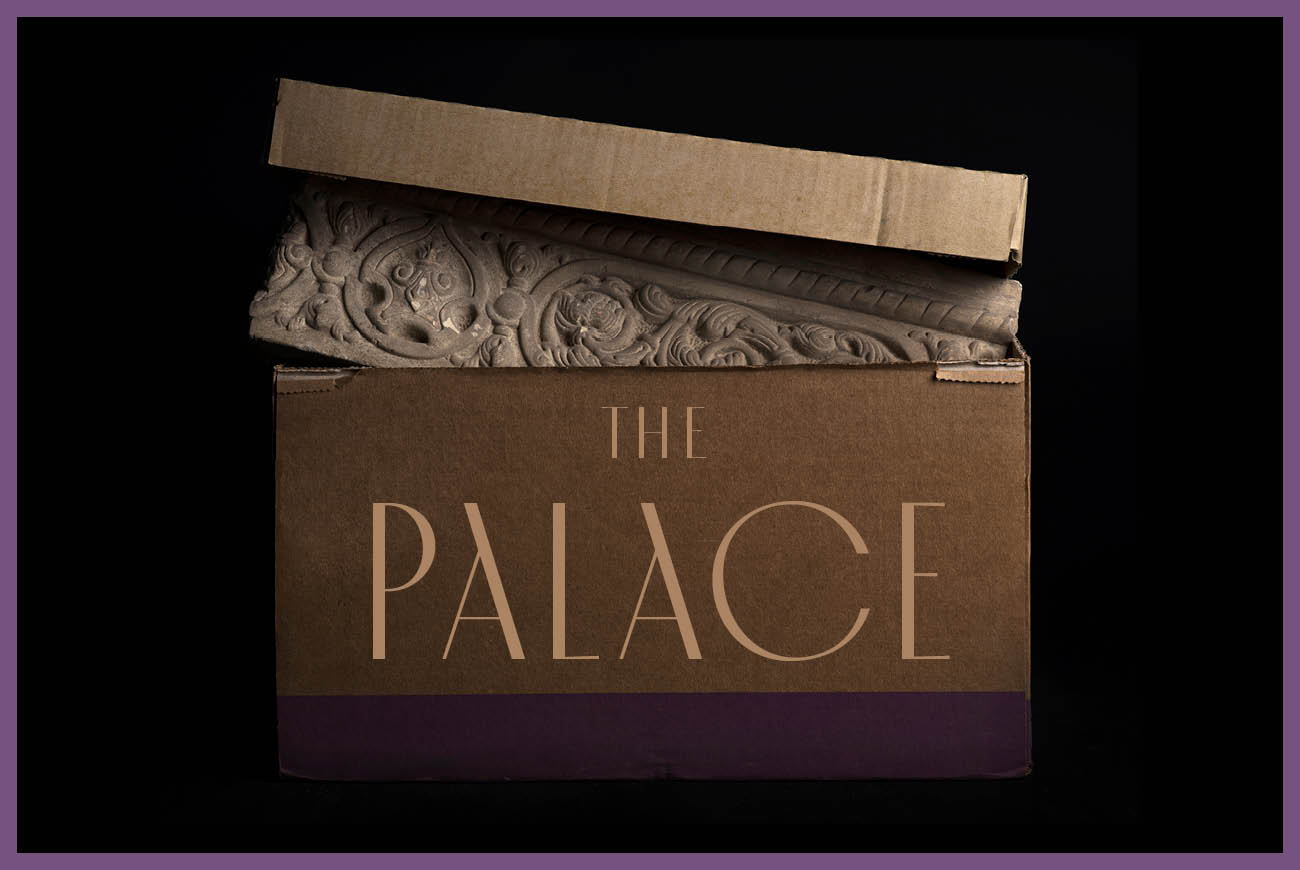 The Museum of Warsaw opened its store rooms to Diana Lelonek. The artist’s attention was caught by an archaeological collection from the site where the Saski Palace used to stand. You can get acquainted with the fruit of Diana Lelonek’s search at the Museum of Warsaw main seat at Rynek Starego Miasta Square. It is an inauguration of a series of artistic interventions, namely of presenting the Museum collections in new and surprising contexts.

Museums share a small fraction of their collections with the public. It is estimated that it is between three and five percent of what they have in fact collected. The Museum of Warsaw collection comprises over 300,000 objects, the majority of them hidden from a public eye in the store rooms which Diana Lelonek was invited to enter. 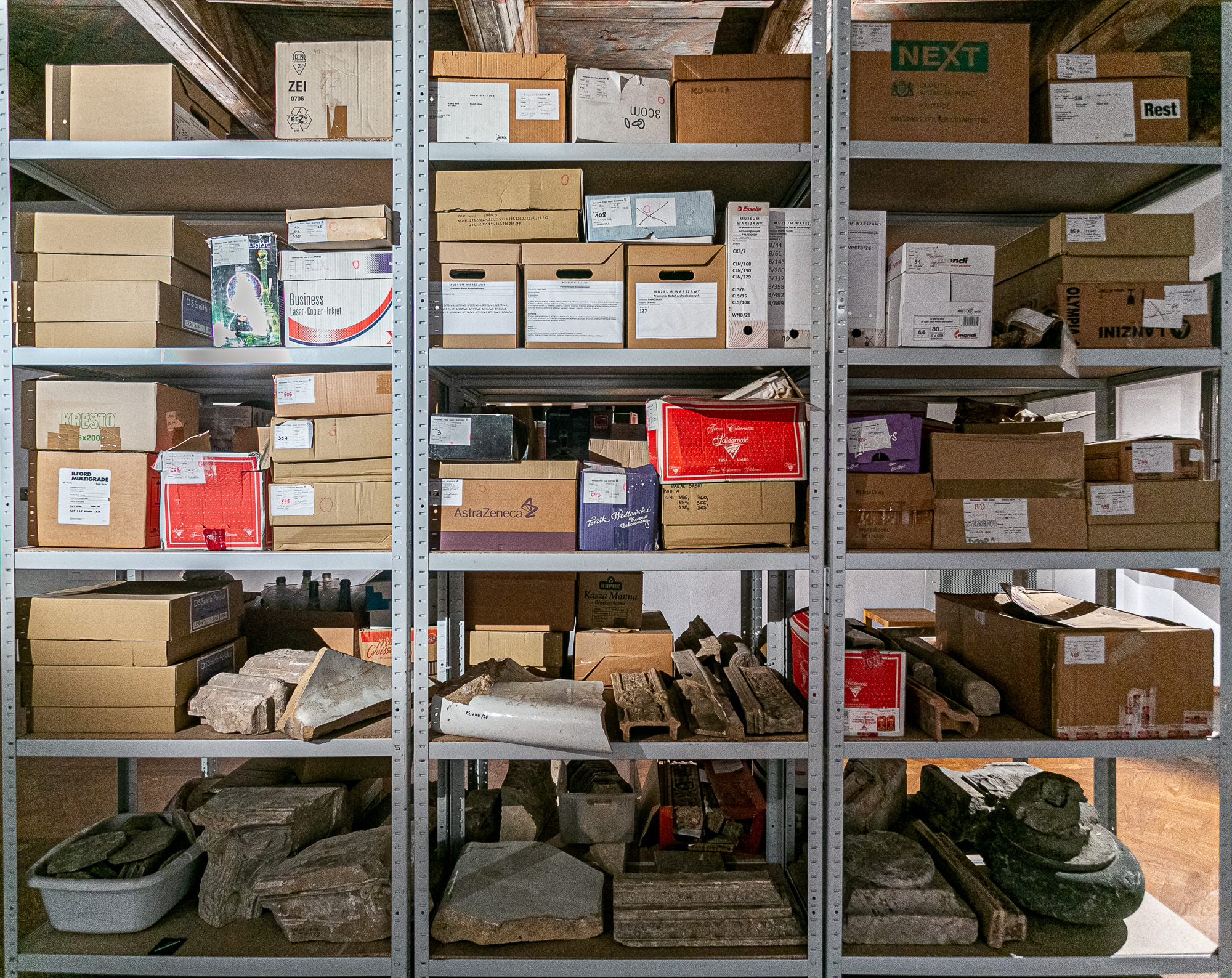 The artist’s attention was drawn to cardboard boxes full of shattered dinnerware, floor tiles and stucco, leftover food, fish and animal bones. Even if they do not look like palace treasures, they are indeed remnants of the life that went on at various times at the place where the Saski Palace had once stood. In 2006 and 2008, archaeological excavations were carried out in the area, as a result of which 29,000 objects were recovered. All of them, cleaned and described, numbered and packed in cardboard boxes, are kept at the Museum of Warsaw. No hierarchy applies to them anymore—a chicken bone turns out to be just as important as a piece of porcelain.

”I was working on this exhibition at a time when decisions on implementing a grand plan of the Palace reconstruction were being made. I was captivated by the contrast between the narrative that surrounds the Palace and the modesty and ordinariness of these authentic remains. I wanted to show these objects for what they are in their peaceful existence in the archaeological store room,” says Lelonek.

The artist was interested in the status of these finds, in their beauty and in the storage methods. She approached the objects with curiosity and respect—she photographed and filmed them, she also transferred some of the store room content to the exhibition space. In the remains of the building, she discerned a transitional stage between a utility object, a human creation and a geological one. Fascination with material vestiges and remnants of human activity which, when abandoned, take on a life of their own, is an integral part of Lelonek’s artistic practice.

“Artistic interventions series is an attempt at a new perspective on the Museum of Warsaw collection—both the objects on display and those kept in storage. We want these objects to serve as an inspiration to artists and thus to become open to an altogether new interpretation which is vital for today’s Warsaw,” says Jarosław Trybuś, Museum of Warsaw Deputy Director and curator of the exhibition. “Diana Lelonek’s intervention draws our attention to the history of the items stored in the Museum and to the conditions for their further existence as provided by the museum practice,” he adds. 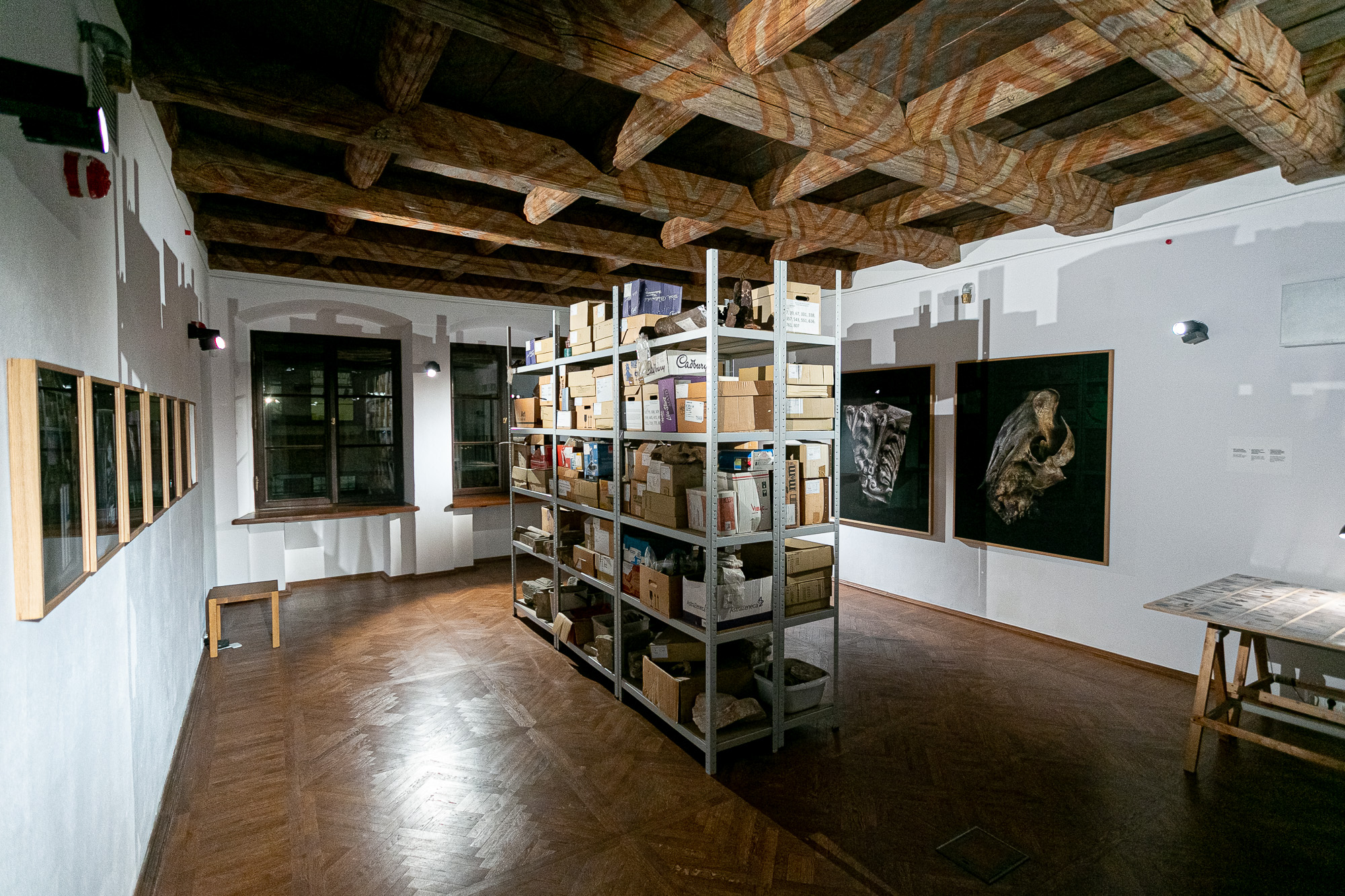 Special thanks to the Archeology Department, employees and employees of the warehouses of the Museum of Warsaw.