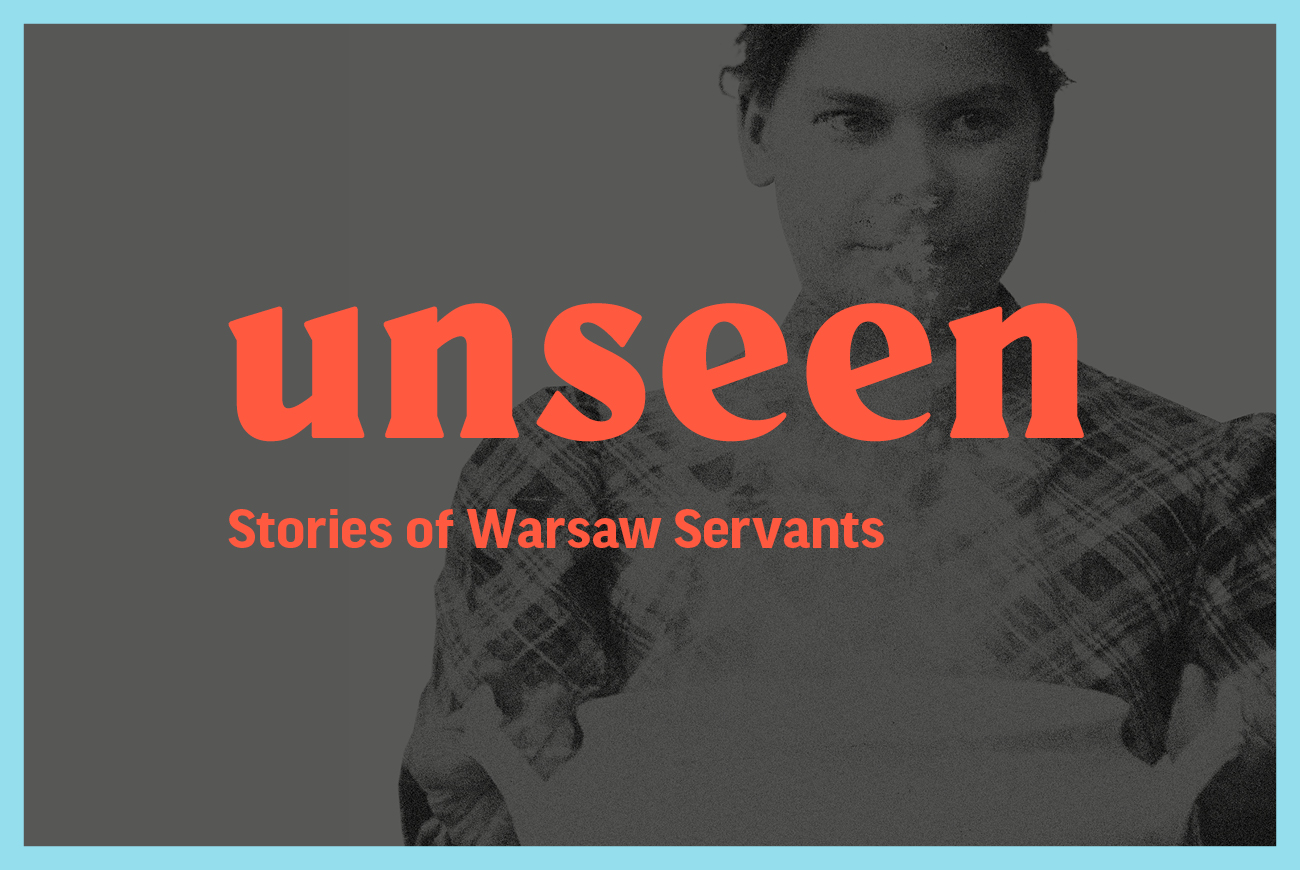 The Museum of Warsaw proudly presents the first exhibition narrating a forgotten story of women who worked as domestics and the role of domestic work.

In the early 20th c., each year there were 40,000 young female domestic workers in Warsaw. They attended to household chores, cleaning houses and apartments, cooking meals and doing the laundry. Their work touched upon the most intimate aspects of lives of many generations of Varsovians. These women-domestics occupied backstage positions in the theatre of everyday life, and until recently have also remained on the margins of interest for historians, who, if they bothered to notice their presence, they have at best described them as a community included in statistics complementing the principal statistics.

The exhibition reverses the established historical narrative and makes servants the protagonists of the story. It focuses on domestic servants that performed a variety of jobs, without a clear specialisation, most often employed by the middle classes in the interwar period. It shows that they were a constant presence in the everyday life of the city, even if they remained in the background of more or less significant events. They were always busy, always at work, never at a loose end.

The exhibition is accompanied by a book under the same title. This is not going to be a classic catalogue, but rather a comprehensive publication, where specialists in many fields will expand on the topics addressed in the exhibition. The book, written in an attractive language, is enriched with multiple illustrations (the authors include e.g. Alicja Urbanik-Kopeć, Kamil Fejfer, Joanna Kuciel-Frydryszak).