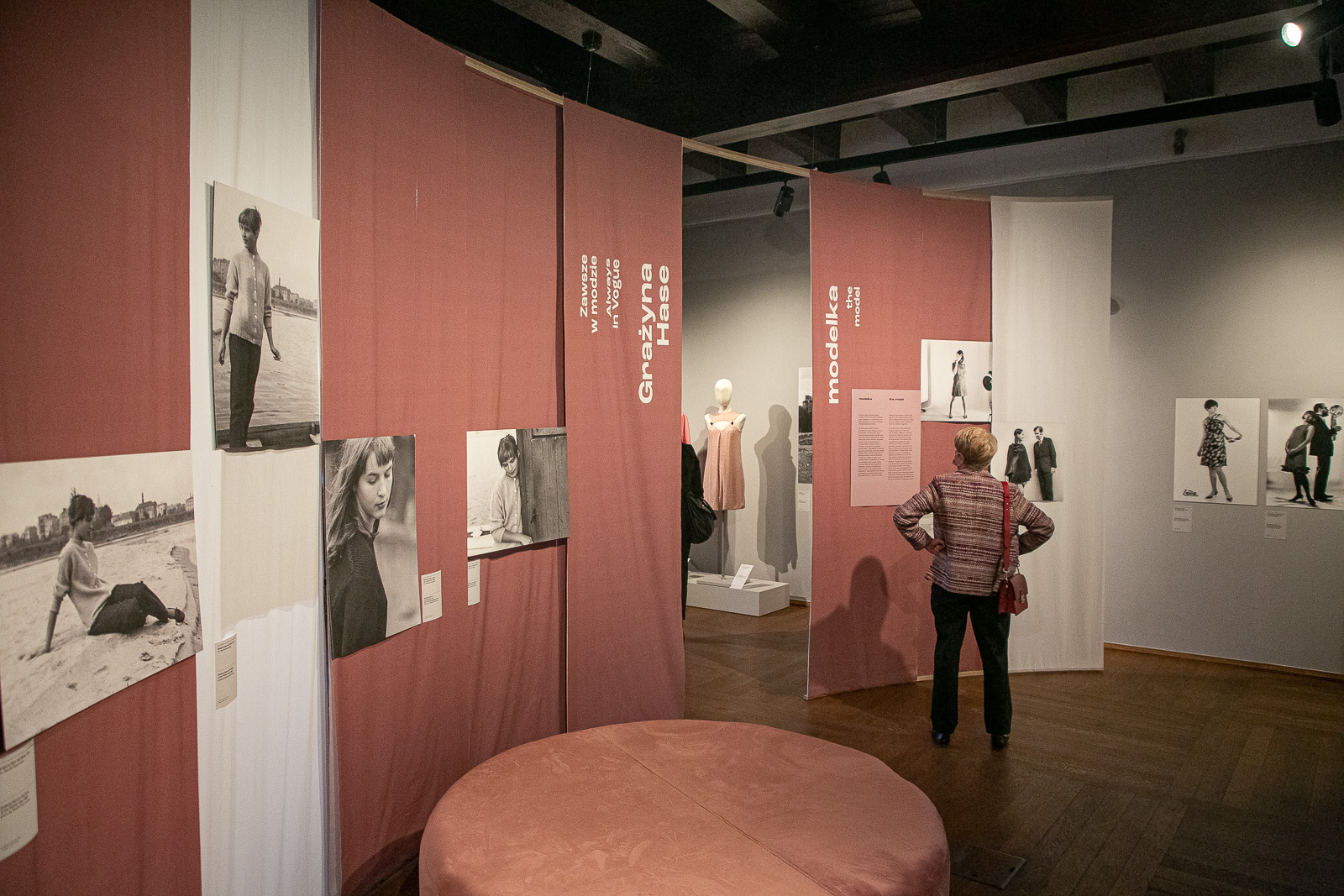 Current topics, challenges of the future and restoring history. This is what we chose to plan for our temporary exhibitions in 2022. They will be an opportunity to get to know the history of the city.

At the Museum of Warsaw and our branches we will tell the story of rivers of Warsaw, non-existent guild of female carpenters and joiners, stories of a fashion designer Grażyna Hase and photographer Celina Osiecka, and more.

Photographer Celina Osiecka is the author of thousands of portraits of Warsaw residents.

The exhibition will show photographs from Celina Osiecka’s studio archive taken between 1962 and 2022, selected from thousands of alphabetically arranged negatives and prints. Aside from portrait and occasional photography, the exhibition will focus on the artisanal aspect of the photographer’s work. More information.

I Feel Safe Surrounded by Medicines

The Antonina Leśniewska Museum of Pharmacy, 12 May – 3 July

An exhibition of art by Magda Bielesz features a selection of her works from the past twenty years.

Alongside pharmacy tools and utensils, paintings, sculptures and notes jotted down by the artist now fill the historic interiors of the Museum of Pharmacy. They document her life experiences, including illness as a paradigm of a creative process. More information.

Grażyna Hase – model, fashion designer, art gallery owner, Varsovian who actively contributed to the capital city’s artistic and social life. The Museum of Warsaw’s exhibition is the first comprehensive presentation of the artistic output of this outstanding creator of Polish fashion.

Over 200 artefacts will be presented in the exposition. Primarily garments, accessories and design projects from the Museum of Warsaw collection. Also photographs, films and press publications.

The subsequent parts of the exhibition will follow the career of Grażyna Hase. Fashion designer who entered the world of fashion as a model in the late 1950s. Gained recognition as a designer. Created her own brand. Ultimately became a mentor for new generations of designers. More information.

Let Them Flow! The Other Rivers of Warsaw

Drna, Sadurka, Żurawka, Pólkówka, Bełcząca, Brodnia. These are the names of merely a few rivers that once used to meander across Warsaw. Some don’t exist anymore, some are still flowing underground. Why did they disappear?

Nowadays, Vistula is regarded as the Warsaw river. The city’s hydrographic system, however, was – and partially still is – much more elaborate than that. Let Them Flow! The Other Rivers of Warsaw exhibition tells the story of the city’s many rivers. It is presenting old plans, maps, graphic art and photographs.

The exhibition aims to fill in the gap—in the map of Warsaw and in human memory. It also aims to rediscover this natural, life-sustaining resource, the treasure of the area we inhabit. More information.

The Guild exhibition tells the story of a still non-existent guild of female carpenters and joiners. Women who work with wood. According to the tradition of German travelling guilds, which is still alive today, an apprentice, having completed his training, would set off on a journey, travelling from one commission to another.

Olga Micińska turned the space of the Rynek 30 Gallery into a makeshift stop along the way of the imaginary ”guild” members. More information.